Blog
>
Productivity
>
Your most productive time of the day

Your most productive time of the day

There are few things as annoying as early mornings. Some days, the very act of getting out of bed can be a real struggle. For many of us, early mornings are an unavoidably sad fact of the modern world. “Why,” we wonder, “Why on earth do people spout all that nonsense about the early bird getting the worm?” To those of us who aren’t at our best in the mornings, it can be the worst time of the day. 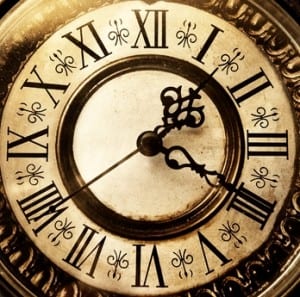 But for every one of us who loves his late nights, there’s another who gets up at the crack of dawn, as cheerful as can be. And then, there are others who’re all bright in the mornings and in the evenings, but seem to find the post-lunch period unbearable.

Unleash your creativity late at night

Surprisingly, or rather, unsurprisingly for some of you, the late night hours can be some of our most creative. Think back to college and the late-night work you did for course submissions. According to some scientists, late at night might just be the perfect time for many of us – For one, there are few distractions that demand your attention, and guess what – the fatigue and lack of focus that you might feel at this time could actually boost your creativity by allowing your mind to wander.

Some studies have also revealed that while most people find the mid-mornings their most productive, those of us who thrive post-dinner are close behind. And guess what – almost everyone finds the late afternoon the worst time to work!

One thing science has pretty much put to rest is the old saying about the mornings being the best time to get something done. On the other hand, we’re all wired differently, and what works for you might not work for your colleagues. This was borne out in a study by the University of Surrey – researchers in fact found that this preference for mornings or the night was genetic. Of course, that doesn’t mean you don’t have a choice; your preferences will change over the years, and it’s also easy to come up with ways to cope with what might be seemingly unsuitable work timings

Here are some tips that should help you adjust to your work routine:

These tips should help most people; of course, getting to know your preferred hours of the day and what works for you is what’s really required. Observe yourself and see what tasks suit you at what time, and then try to schedule around that!

Author
Niraj
Niraj is the Founder of Hiver. Hiver turns Gmail into a powerful collaboration tool by letting you manage Shared Inboxes right from your inbox. Niraj can be reached on Twitter at nirajr.
Want us to send you awesome content?
Subscribe
Related articles
Popular posts
Loved by G Suite customers
across 30+ countries