Customer loyalty is hard to gain, especially when there are so many players in the market vying for the same customers that you are targeting. However, if you play your cards right, you can succeed in creating a life-long relationship with them.

And, the best part is that the most effective ways aren’t even too heavy on the wallet. Those are just intelligent gestures on the part of your company that’ll make all the difference.

Everybody loves surprises. A small gift in the mail, a handwritten thank-you note, a bouquet or a personalized birthday wish; anything that brightens up the day of your customer without him or her having asked for it changes the relationship of that customer with your brand from mere satisfaction to life-long loyalty. You don’t even have to go overboard with it, just extend a small kindness where you think it is due.

You don’t even have to go overboard with it, just extend a small kindness where you think it is due. You can make this easier for yourself by using a CRM tool that can keep track of your customers.

How LEGO does this

LEGO loves its customers, do you?

We have all come across the heart-warming stories of 7-year-old Luka who wrote to LEGO about losing his Jay ZX mini-figure and 11-year-old James who wrote about saving up for the Emerald Night Train set only to find it discontinued. 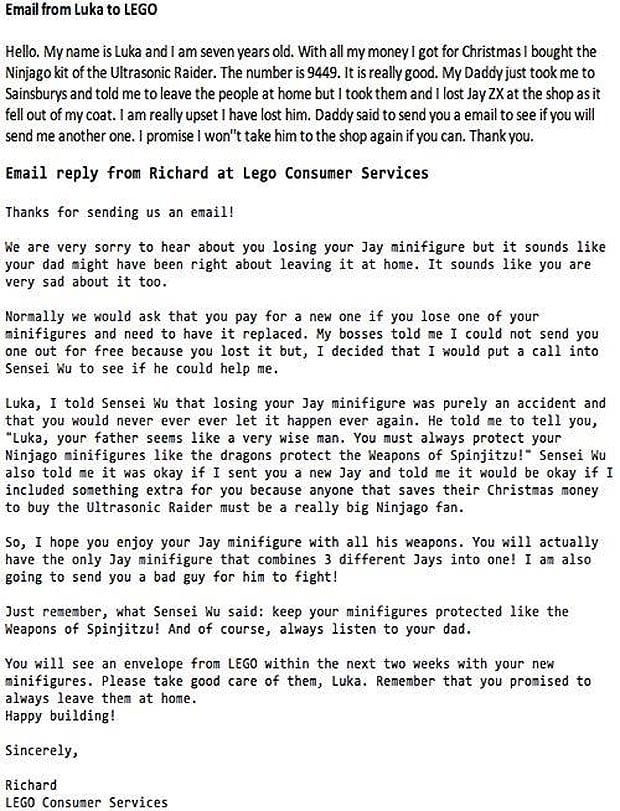 By sending out little presents to these boys, Lego has not only made a smart move as a brand but also given them memories. These kids are unlikely to ever forget that Lego cares about its customers and neither will the world.

It’s always a joy to find like-minded and relatable people. As a brand, this is a great opportunity for you to ingrain loyalty in your customers if you can bring them together and get them talking about things they feel great passion for. In addition to creating a community, the brand has to put in an effort to nurture it so that the mere thought of leaving that community is out of the question for your customers.

In addition to creating a community, the brand has to put in an effort to nurture it so that the mere thought of leaving that community is out of the question for your customers.

How Harley Davidson Does this

Harley Davidson is, perhaps, the only brand that inspires such fierce loyalty that its customers get its logo tattooed. The Harley tattoo represents a permanent connection to the brand to the extent that people are willing to make it a part of their identity. 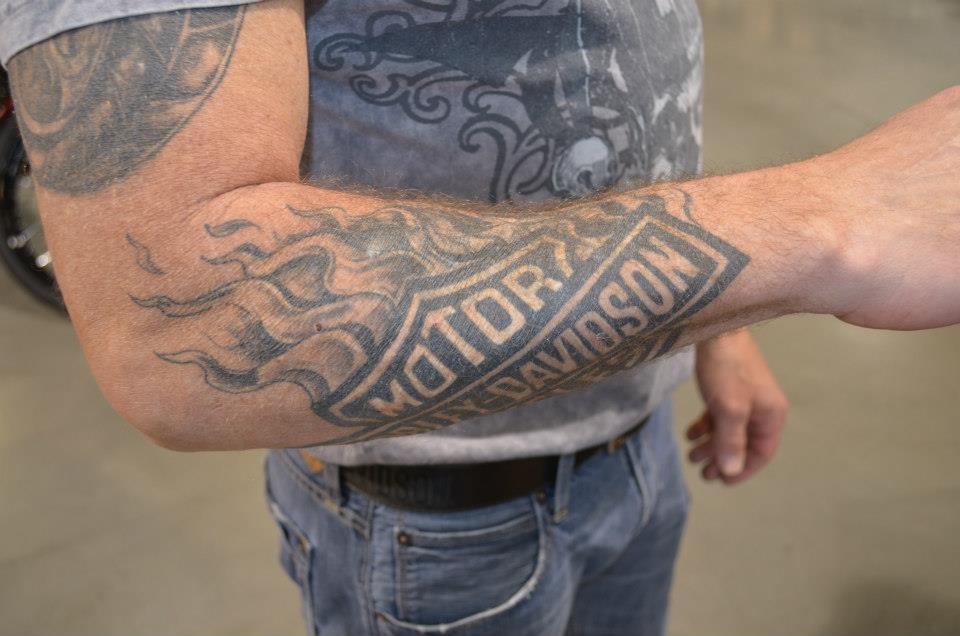 Among others, the most important reason why the company has inspired this loyalty is Harley Owners Group (HOG). Not only does HOG bring the customers closer to the brand but to other Harley owners as well. They have chosen Harley to be a part of their identity and this is enough to form a bond between them.

They have chosen Harley to be a part of their identity and this is enough to form a bond between them.

No one likes being withheld information from. Hiding from your customers when they are looking and asking for more information only serves to dishearten and infuriate them. It indicates that you are shrugging your responsibilities and not living up to your commitment with them. You would be surprised how effective coming clean and involving them by sharing information can be.

You would be surprised how effective coming clean and involving them by sharing information can be.

How Buffer Does this

When Buffer got hacked, instead of going through the typical routine of denying the situation until it’s quite the PR disaster to admit that something is wrong, it took a more transparent approach that is already quite characteristic of Buffer.

It reached out to its customers and told them about being hacked. It then proceeded to update them about the progress of their team and dealing with the situation, the extent of damage and what they need to do as Buffer users. If anything, this hacking episode increased Buffer’s customer loyalty because the users felt involved in the process.

If anything, this hacking episode increased Buffer’s customer loyalty because the users felt involved in the process.

Today in the age of digital connectivity, more than ever before, brands need to focus on building and fostering human connections instead of impersonal ways to deal with their customers. This means listening and talking to each customer with the greatest attention. While keeping communication impersonal by rigidly adhering to the standard operating procedures is easy and safe; more often than not, granting employees the autonomy to act human and deal with a person instead of yet another source of revenue can make all the difference.

How Zappos Does this 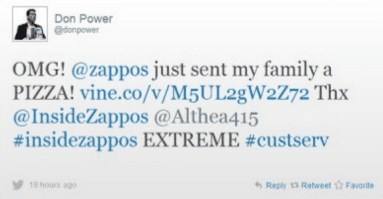 Zappos is famous for its customer service. For a business that depends on repeat purchases by its customers, Zappos has managed to establish a very strong loyalty for itself, thanks to its customer-centric culture. Listening to the customers is an important part of it. Whether it is the

Whether it is the longest customer service call (10 hours 29 minutes) or a pizza at the doorstep or simply a call to return the item, Zappos listens to its customers and it reflects in the loyalty of its customers.

More often than not, brands focus on getting the feedback but not acting on it. This results in not only mediocre product or service but ineffective customer service, and neither of these will ever increase customer loyalty. Show your customers that their opinions, feedback and preferences are valued by you.

How Tesla Does This

Ad taken out in Palo Alto Daily by two Model S owners is right. Many of the suggestions will be implemented soon. pic.twitter.com/cF43PvJDgQ

Two Tesla owners took to advertising their open letter in a newspaper to get their feedback across to Tesla. The letter was signed by two very satisfied owners of Tesla Model S who suggested a few improvements. The CEO of Tesla, Elon Musk, responded with a tweet saying that the suggestions were noted and some changes will appear soon.

You are not the only player in the market offering certain products or services. Distinguishing yourself from your competitors to stand out and catch your customers attention and retaining it is serious business. However, seriousness does not have to be boring. Make it fun; for your employees, customers, and business partners. By including a little light-hearted fun into your work, you can increase your brand’s value and loyalty.

How Southwest Airlines Does it 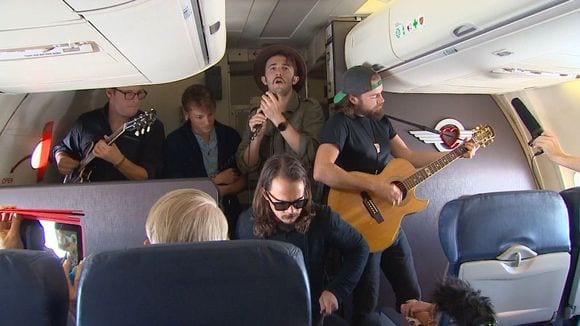 Southwest Airlines is the largest low-cost carrier in the world with one of the most loyal customer-base. Since, there are other low-cost, no-frills airlines available, what distinguishes Southwest Airlines from others is definitely not the price but the customer-centric culture.

People choose Southwest over others because they know that every flight has some entertaining and fun activities in store for them. Be it a rapping flight attendant, or an impromptu fashion show in the air or amusing announcements, a customer’s experience with Southwest is never dull and they keep coming back for more.

The key to customer loyalty is respecting them as people and showing it in your dealing with them. As long as you stick to that philosophy, you will find your customers reciprocating with their loyalty.