Gmail Vs Fastmail: A Blunt Comparison 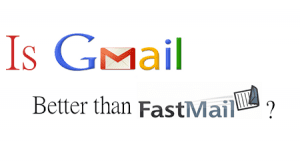 Fastmail, an email service by Opera that predates Gmail has recently gained a lot of attention in the wake of some Gmail users’ dissatisfaction with the service.

Rakesh Agarwal writes about how he hates the new Tabbed Gmail Layout. Lance Whitney of CNET reports how Google and Gmail hit the ditches and present service disruptions sometimes.

Apart from the service disruptions, it’s the ads that stir the storm for many Gmail users. A Squeaky clean inbox is now farther away due to these ads, and they also scare many because Gmail is “reading” their emails to show contextual ads. Matt Buchanan of The New Yorker feels that Gmail ads are outright invasive. Cynthia Boris of MarketingPilgrim reports that the Internet is — on the whole — furious.

So, we have alternatives then and an increasing clutch of users is now moving to FastMail. Max Masnick’s testimony on Fastmail is one of those stories — in addition to Joe Brockmeier’s story — of this transition.

But is Fastmail a real alternative for Gmail. Does it stack up well against Gmail simply on the basis of  functionality and utility. Lets us look at that.

FastMail is, well…Fast. But isn’t that at the cost of features?

Paul Graham makes the point straight out: Gmail is slow, and that’s because Google doesn’t want to spend too much money on a free product. Is that to imply that paid products are flawless?

This might be the reason but Gmail wasn’t slow earlier, was it? If Gmail can go slow today – for whatever reasons (including your own way of using your email and personal inbox management methods) – won’t FastMail go slow tomorrow?

At the time of this writing, FastMail does live up to its name. It’s understandable as the demands on FastMail servers aren’t exactly on the same scale as what Gmail servers have to put up with. It’s User Interface — while not as modern as that of Gmail — is practical and effective.

FastMail boasts of fast, unobstructed, ad-free, lean HTML pages, and is independent of Javascripts, cookies, and any other technology that can slow the webmail interface down. Probably, that’s why it can afford to be “fast”.

The question: if it strips email of everything that makes Gmail such a delight (minus the ads),is that enough to warrant mass migration?

FastMail has speed but no business tools and apps Marketplaces

One of the reasons Microsoft RT failed –a long with many other non-Android and non-iOS tablets – is because of a lack of apps marketplace. Today, device usage – and application usage – is driven by integration with apps.

FastMail has very few apps such as Sanebox, according to Klint Finley of Techcrunch.com. Gmail, on the other hand, has a range of wildly popular, useful, and business-changing apps on the anvil: from Dropbox to Mavenlink;  from GrexIt that lets you create a shared mailbox to SalesForce – the gold standard when it comes to CRMs; and from Rapportive to Insightly.

Would FastMail ecosystem (if any) grow like that of Gmail did? While it tries to catch up with Gmail, what do the present “Gmail Power users” do without apps and without those apps market places?

Gmail’s labels are a way more flexible tool for organizing emails than folders, simply because you can add more that one labels to an email.

Let us elaborate that with an example: If a customer sends in a pre-sales question and you use labels  to mark this email as “Pre-sales” or “Sales Queries” on Gmail, and on Fastmail you could do something very similar by moving the emails to a corresponding folder.  But on Gmail, you can add more labels to the email, like “Closed- Won” (or Closed – Lost) to manage your sales cycle.

If “there’s an app for that”, Where’s FastMail app?

FastMail has been around even before Gmail came about. That didn’t do much for FastMail’s efforts in “keeping up with the times”.

FastMail has no native apps for Android and iOS, for instance, and one alternative is to use MailDroid. If you had to use MailDroid, you’d still be able to use Gmail on MailDroid and it just works. Gmail also has native apps along with the likes of Spark which bring some really useful inbox organization capabilities.

Gmail is making the move from “Gmail Chat” to Google Hangouts. It has an efficient chat system, with all chats stored as emails. Each of these conversations, by itself, is searchable. That’s a huge benefit for teams that collaborate and even for personal use.

FastMail doesn’t have a chat function. You could work your way around this and install XMPP/Jabber client on your local machine, but that’s where it ends. Without the deftness of Google Chat and the sheer power of Video chats – which is increasingly the norm today – FastMail still looks like it’s stuck in the 1990s.

Gmail has better Spam filtering, and has Calendar and Drive

Further, Joe Brockmeier notes that you’ll go back to a “traditional email setup”, lack of a calendar. Those who did move to Fastmail did point about the lack of a system as good as that of Gmail to filter spam.

Gmail has very good integration with Docs/Drive and Calendar, allowing you to add documents to Drive and start collaborating on them immediately. Gmail’s recent changes also let you add dates and times mentioned in emails to events in your calendar.

Google Apps is more bang for the buck

A professional plan with FastMail gives you 15 GB email storage and 6 GB file storage at $60 per year per user. For 5 users, that’s $315 per year. Google Apps for business, on the other hand, gives unlimited email, 30 GB storage space, calendars, Google docs, and many other Google products (along with the Apps marketplace) at $250 per year.

That move: Is it Justified?

Moving from Gmail to Fastmail itself might be an arduous task for some users. Not so much as in moving but with respective to archiving, aligning, and having to adjust to a new interface while we already have a workflow we are so used to. The question is, why would you make that move.

FastMail is fresh. It’s new, it’s a priced product that’d make us believe that a better support system is in place. The faster and more practical UI is certainly a winning point. But it lacks heavily in functionality and integrations.

A big motivator for moving to Fastmail appears to be a dislike for Gmail’s ads, and a general paranoia about privacy. Max Masnick wrote recently about why the paranoia is what it is – unfounded. If you don’t hate Google and are not really scared about them breaching your privacy, it appears Gmail is still a better bet than Fastmail.

Author
Ashwin Satyanarayana
Ashwin is an Internet marketing consultant, Content Strategist, prolific blogger, and a technology enthusiast. He is the owner of <a href="http://fetchprofits.com">fetchprofits</a>. He is an entrepreneur who believes in marketing more than the product. He is an avid reader, a die-hard traveler. 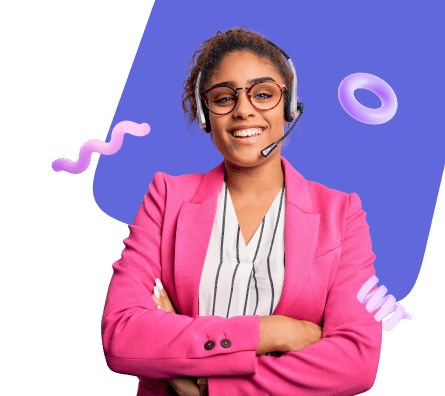 Want to get more out of Gmail? In this article, we have hand-picked some of the best Google Chrome extensions for managing...

In this post, we re-envision email as the most intuitive collaboration tool there can be. Here’s our email 2.0 wishlist!

We all need to figure out some way to manage emails more efficiently. Here are 9 ways you might want to try.