Microsoft Office has long been considered the default option for any business, and it’s not surprising why this is so – Employees are comfortable using Office, IT admins are at ease handling large scale deployments, and the feature set is enough for even the most advanced users.

But in recent years, the emergence of Google Apps and Google Docs has made many organisations rethink this strategy – Mainly because Google Apps offers a comprehensive feature set that takes care of nearly all your IT requirements – from email (with some of the best spam filtering around), and cloud storage to integration with third-party sales & marketing tools, and of course, ‘office suite’ apps which rival those found in Microsoft Office.

However, many IT decision makers might still have concerns whether Google Docs can offer users the functionality Microsoft Office is known for. While these concerns might have been justified till a few years ago, Google Docs has since made giant strides in functionality, and now seems ready for mainstream usage as the suite of choice for your business. Here’s a closer look at how these two heavyweights match up across various areas: 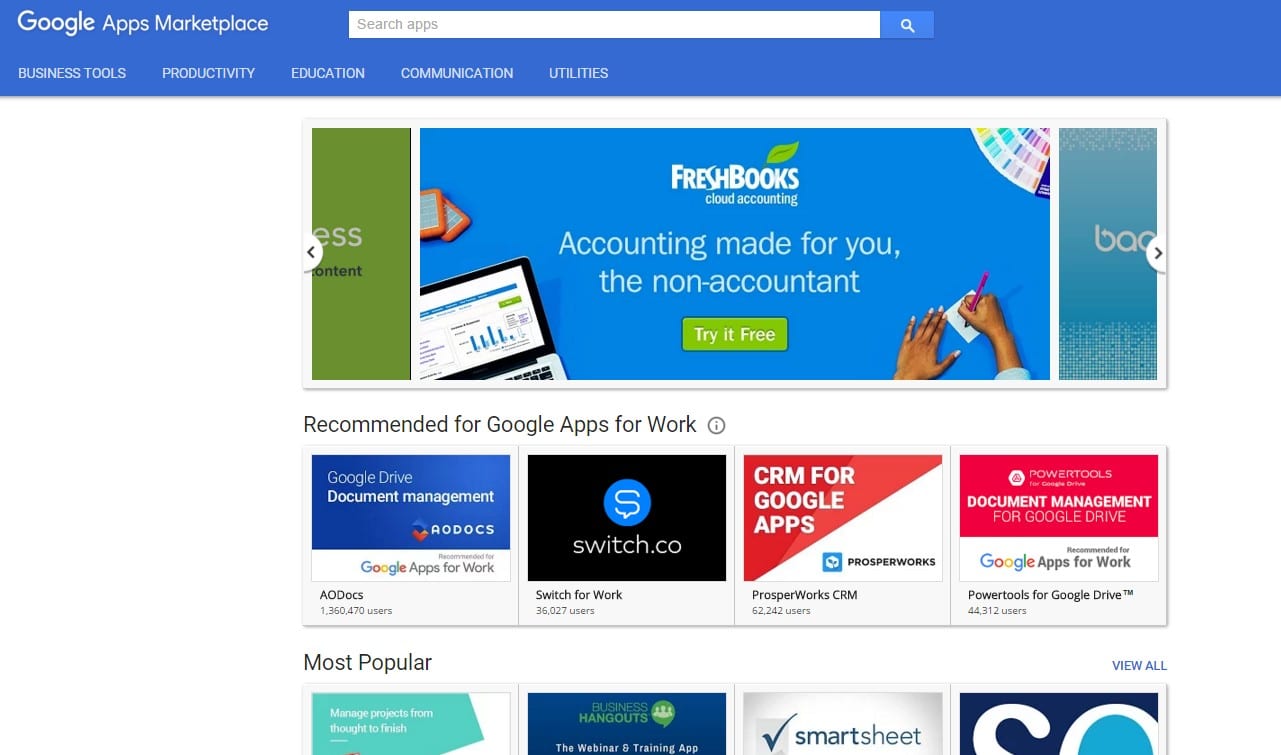 Microsoft has also expanded its Office platform with support for third-party app integration via the Office Store. However, the selection of apps that works seamlessly with your Office subscription is still limited. 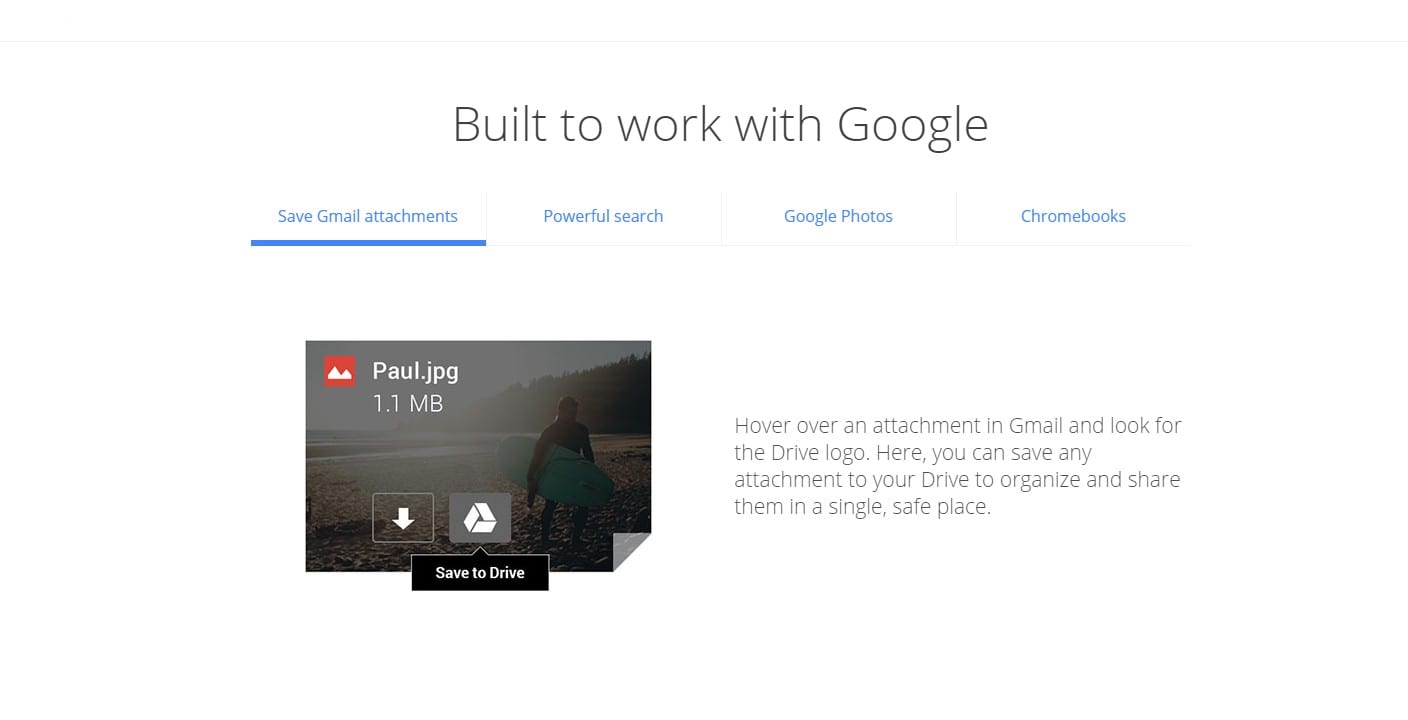 Microsoft has integrated its OneDrive cloud offering into its suite, while on the other side, there’s Google Drive. While both cloud storage services have enough features that you won’t be complaining, there are a couple of factors which may sway your decision: 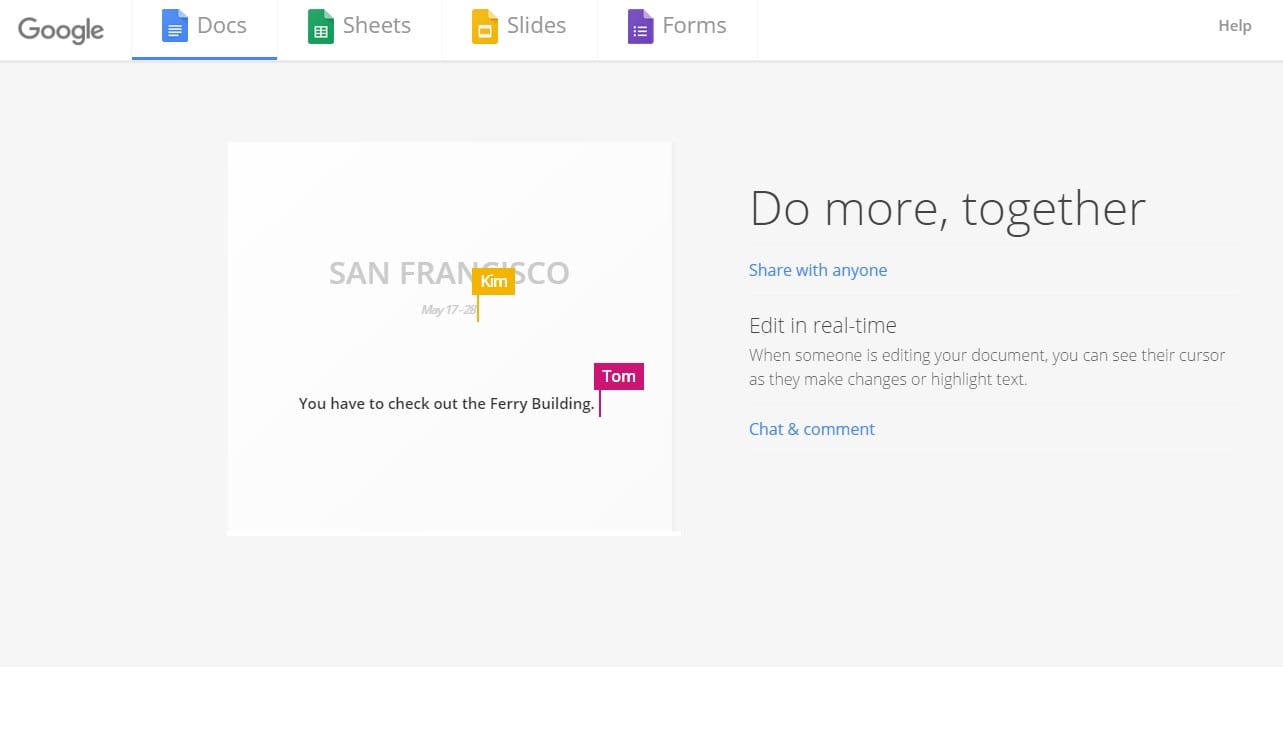 If you use Google Apps, you have to try out Hiver’s Shared Inbox — takes collaboration to an all-new level. Delegate emails as tasks in seconds, communicate seamlessly without having to write emails, and more. 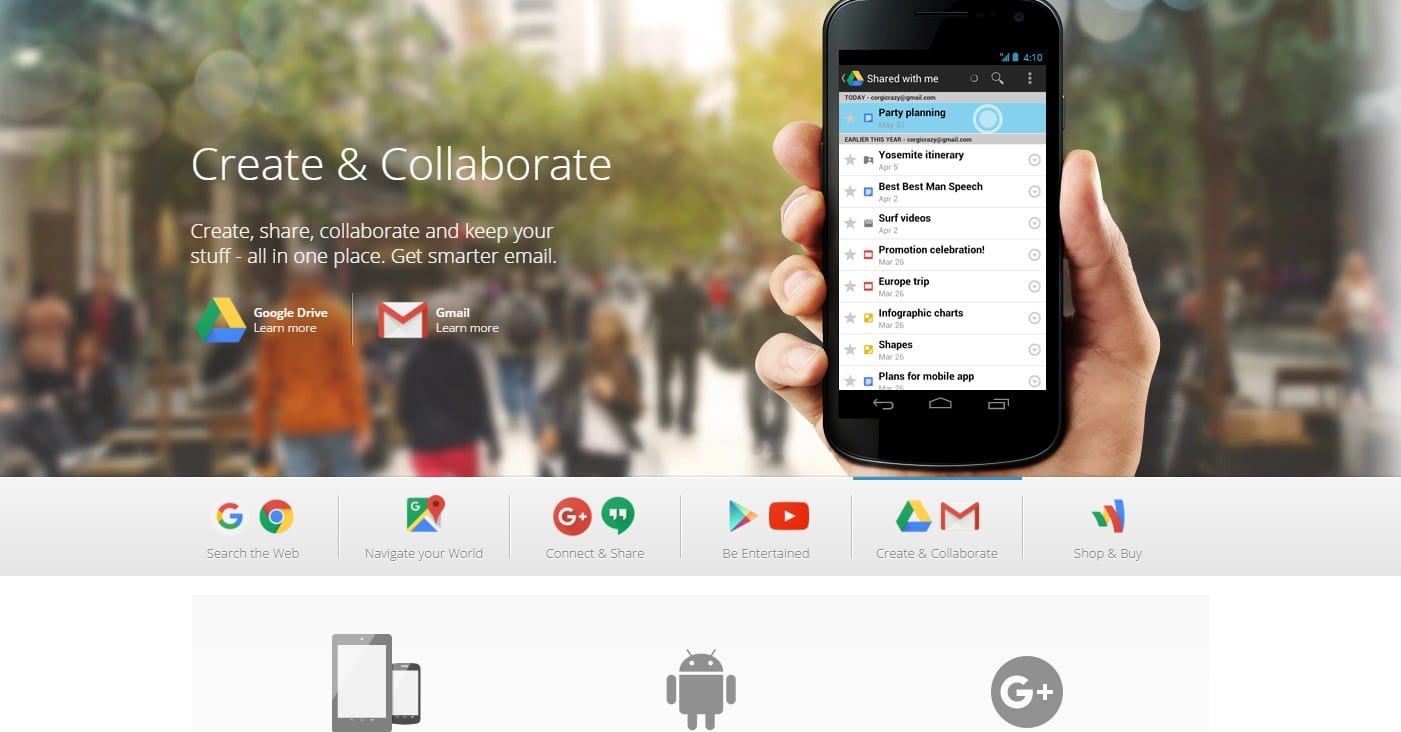 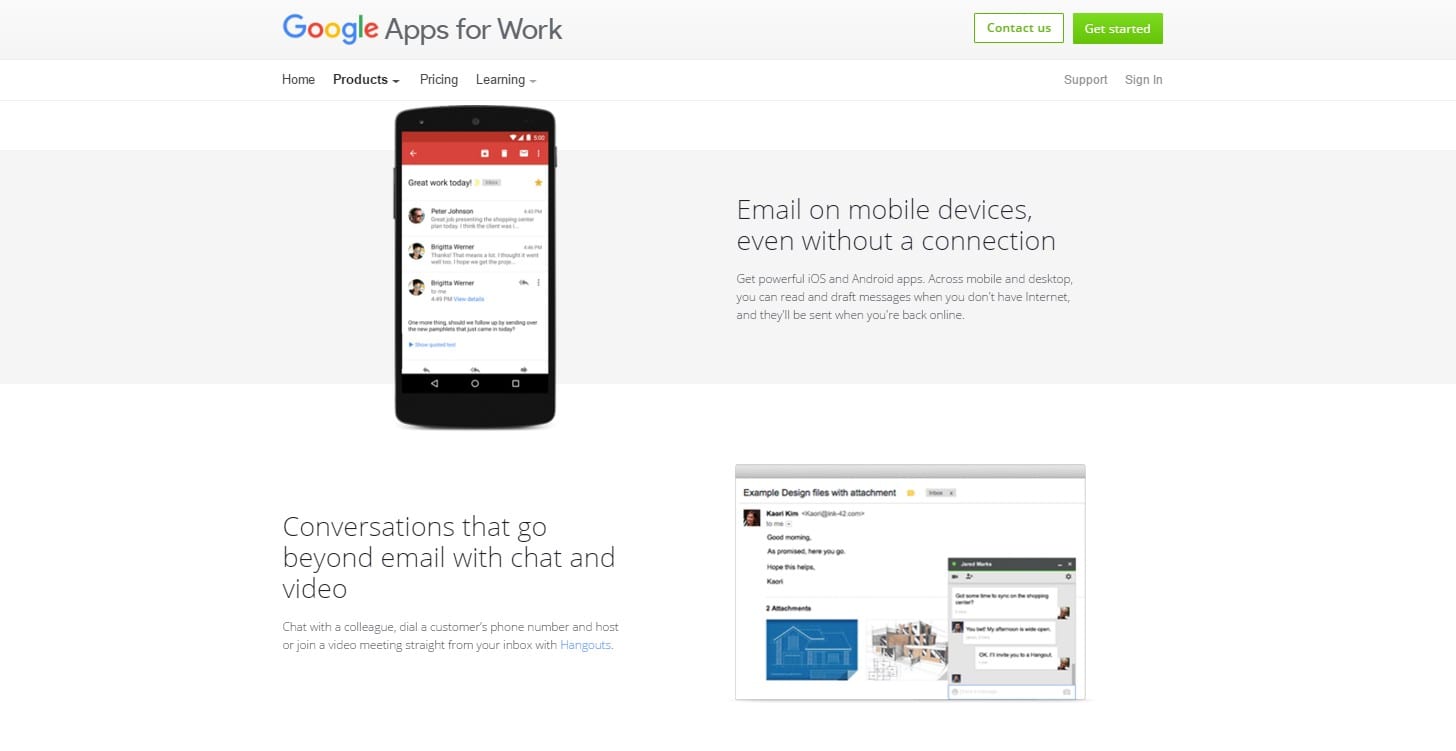 Microsoft Exchange is now available in two variants – the traditional format in which a business hosts its own Exchange server, and a hosted, cloud-based solution – Exchange Online. Microsoft’s offering includes several business-friendly features by default – such as e-discovery and archiving.

As for Google, Gmail forms the underpinnings of Google Apps and Docs’ email integration, with a similar feature set, along with business-specific features such as advanced email filtering, whitelists, blacklists, and rules.For more advanced features, you can opt for Google Apps Unlimited.

Another aspect to why you might prefer Google Apps and Gmail is that with Gmail being perhaps the most popular consumer email service, your users will be more than familiar with the interface and apps.

Apart from this, Gmail’s use of Labels can make for a more flexible system as compared to traditional folders as used by Exchange and Outlook.

Hiver makes your Gmail Labels even more useful. You can now share your Labels with teammates in seconds, and sync up on your client and sales conversations. Know more. 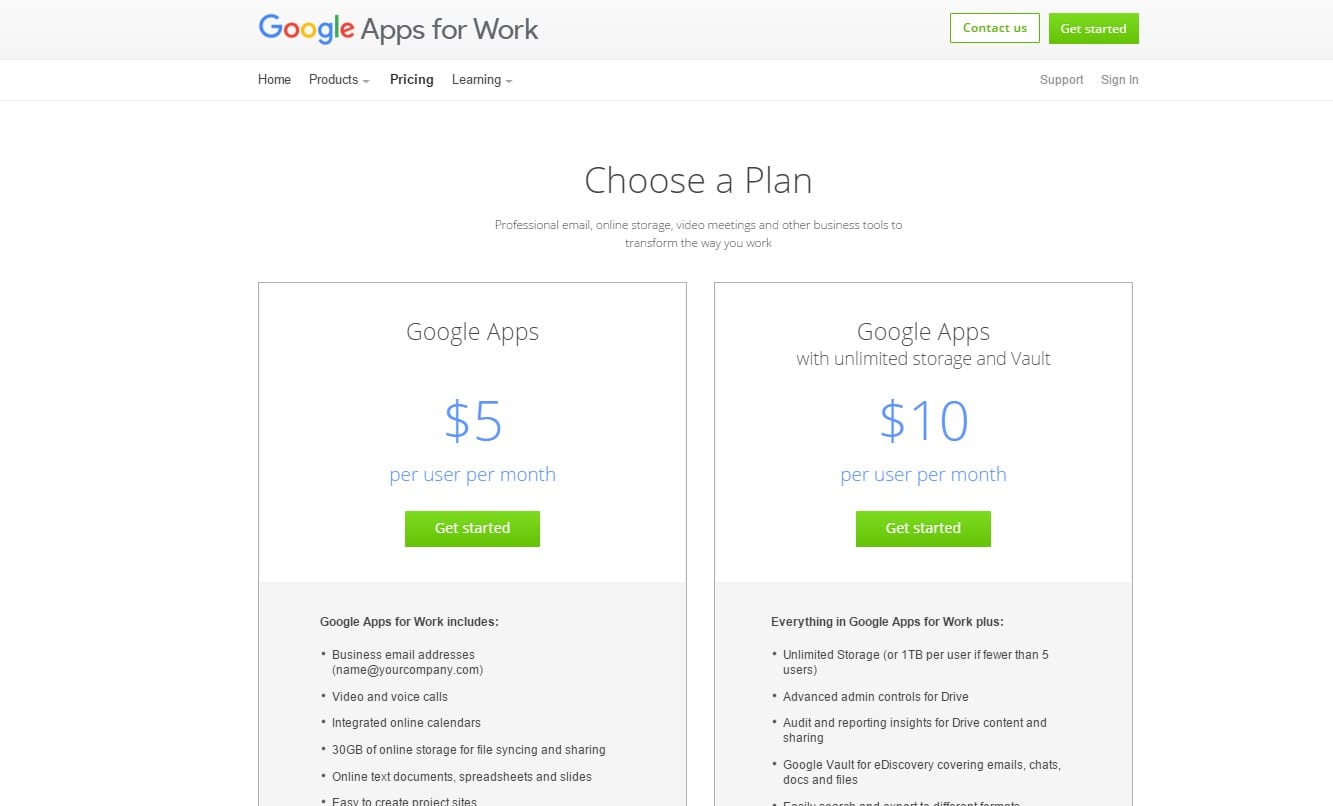 However, these pricing plans are applicable only when you have a maximum of 300 users. Larger organizations will have to opt for Office 365 Pro Plus ($12 per user per month) or one of Microsoft’s Office Enterprise plans, which add more features such as Microsoft Access, Rights Management Services, archiving and legal hold capabilities for email, Yammer social networking for businesses, unified messaging… Click here for more information on Microsoft Office pricing for businesses.

Microsoft’s suite might still leads the way when it comes to features, but the lead is narrow enough to make Google Docs a formidable rival. In fact, Google’s decision to focus on the most commonly used features and the ability to work together with third-party apps and plugins makes Google Docs a compelling choice for a lot of businesses. As many IT admins have found – the most advanced features are required by only a very small section of users. And that’s what you need to ask: What do you and your users value more – Advanced data manipulation abilities and offline editing, or a no-fuss, affordable solution which works together with other third-party solutions and platforms you use? If it’s the former, Microsoft Office might still be a better choice, but we wager that for a lot of businesses the latter holds true – making Google Docs and Apps an option you can’t afford to ignore.

Author
Harsh Vardhan
Harsh is the content lead at Hiver. He's jocular, loves dogs, and is always up for a road trip. He also reads - when Netflix gets boring.
Want us to send you awesome content?
Subscribe
Related articles
How Do I Secure My Gmail Account?
How to Migrate Emails from Outlook to G Suite
7 Add-Ons for Google Docs & Sheets Every Business User Needs
Popular posts
10 Factors Google Workspace Users Must Consider While Looking for a Helpdesk
How to Organize Your Gmail Inbox in 15 Minutes: Seventeen Secrets
Google Collaborative Inbox: 7 Reasons You Should Not Use It + Alternatives
Write Awesome Customer Service Emails: Best Practices + Templates
Subscribe