Productive Meetings at Work: 11 Things Businesses Can Learn from Google

Did you know that organizations across the U.S waste almost $37 billion every year on unproductive and useless meetings? Middle managers typically spend 35% of their daily working time meeting people and take 4 hours on average to prepare status updates for different meetings every week.

A study by Atlassian reveals several other interesting facts. For example, 47% of employees considered meetings a complete waste of time.

I’m not saying all meetings are useless, they’re not.

Holding the right meetings, with the right people at the right time can help organizations streamline decision making, reduce communication gaps and, most importantly, get things done.

When Google started growing, it faced the same dilemma. But they had some of the best minds in the world working for them.

So they quickly came up with a set of meeting guidelines to turn meetings from “demoralizing time wasters” into opportunities for efficient organization and morale boosting.

Your business may not be as large or diverse as Google, but there’s still a lot you can learn from how meetings are run at Google.

Here are some of the key takeaways.

Even before you call a meeting, you should seriously question its purpose. Is it really something that requires your employees to leave everything else and head to the conference room?

In his book, “How Google Works”, Eric Schmidt, the former CEO and current executive chairman of Alphabet Inc., mentions how he asked his team to develop meeting guidelines for all Google employees.

One of the first guidelines was not to hold a meeting unless it was absolutely necessary. Employees were encouraged not to hold meetings without a clear purpose.

Studies suggest that almost 67% of all meetings are either useless or can be avoided for a quicker alternative.

This is precisely why you need to question every meeting.

You can apply this to your business by asking the following questions every time a meeting is called.

For many unproductive companies, the first solution to any road block is a grand executive meeting. You need to make it the last option, like Google.

2. Have a Clear and Well-Defined Agenda for Every Meeting 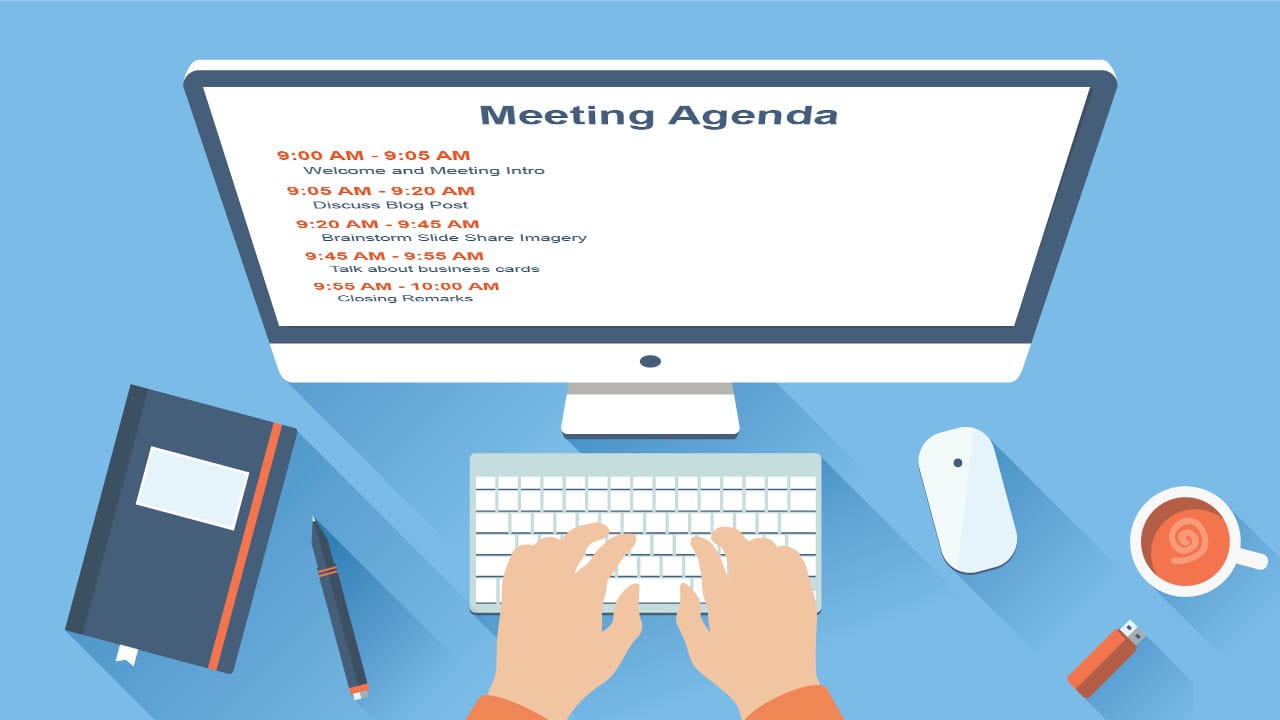 A meeting without a clear agenda and structure is bound to drag for hours. For the sake of productivity, your meetings should always have a clear outline of the topics to be discussed.

More importantly, every participant should receive the agenda at least 24 hours before the meeting starts so that they can prepare well and contribute in a meaningful way.

Marissa Mayer, the former Google executive and the CEO of Yahoo!, is a great example to follow.

At Google, Marissa Mayer held nearly 70 meetings per week, and was regarded as one of the most productive and brilliant decision makers.

One of her key requirements for any meeting was to have an agenda well in advance. Any employee who wanted to meet Marissa had to share the meeting agenda first.

This approach helped her, and other Google executives, to reduce the number of inconsequential meetings.

3. Every Meeting Should Have a Final Decision Maker 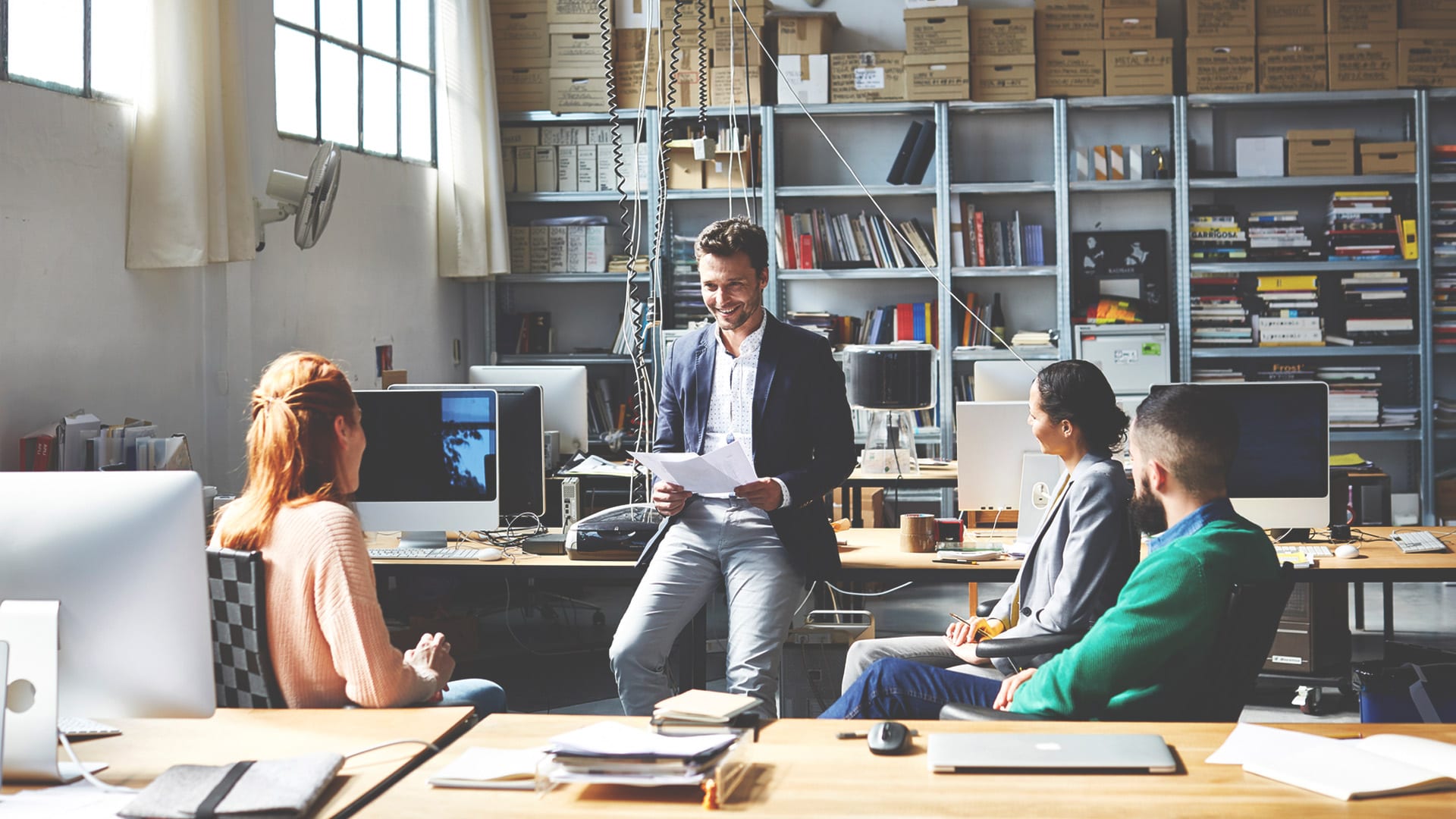 How often have you attended meetings where people from equal hierarchal positions reached a deadlock and ended the meeting without any way forward?

This happens a lot in the corporate world.

And this is why Google makes it mandatory for every meeting to have a clear owner and decision maker who has the final say. He controls the meeting, sets the agenda and decides who’s invited.

So even if there’s a lot of arguing and disagreement in a meeting, the decision makers ensures that a way forward is agreed upon.

You can apply this rule to meetings at any level of your organization. Even if you’re meeting your team for a brainstorming session, make sure you have a meeting owner so that the meeting doesn’t go off-track and achieves its objectives.

4. Each Participant Should Be There for a Reason

Do you feel depressed or insulted when you’re not invited to an important departmental or cross-functional meeting?

If yes, you’re not alone.

Google’s VP of Business Operations, Kristen Gill, believes that a lot of people consider being invited to meetings as a badge of honor, even if they have nothing important to say.

To change this mindset, Kristen introduced the 10-person rule at Google, which advocated that meetings should have no more than 10 participants. The fewer the better. 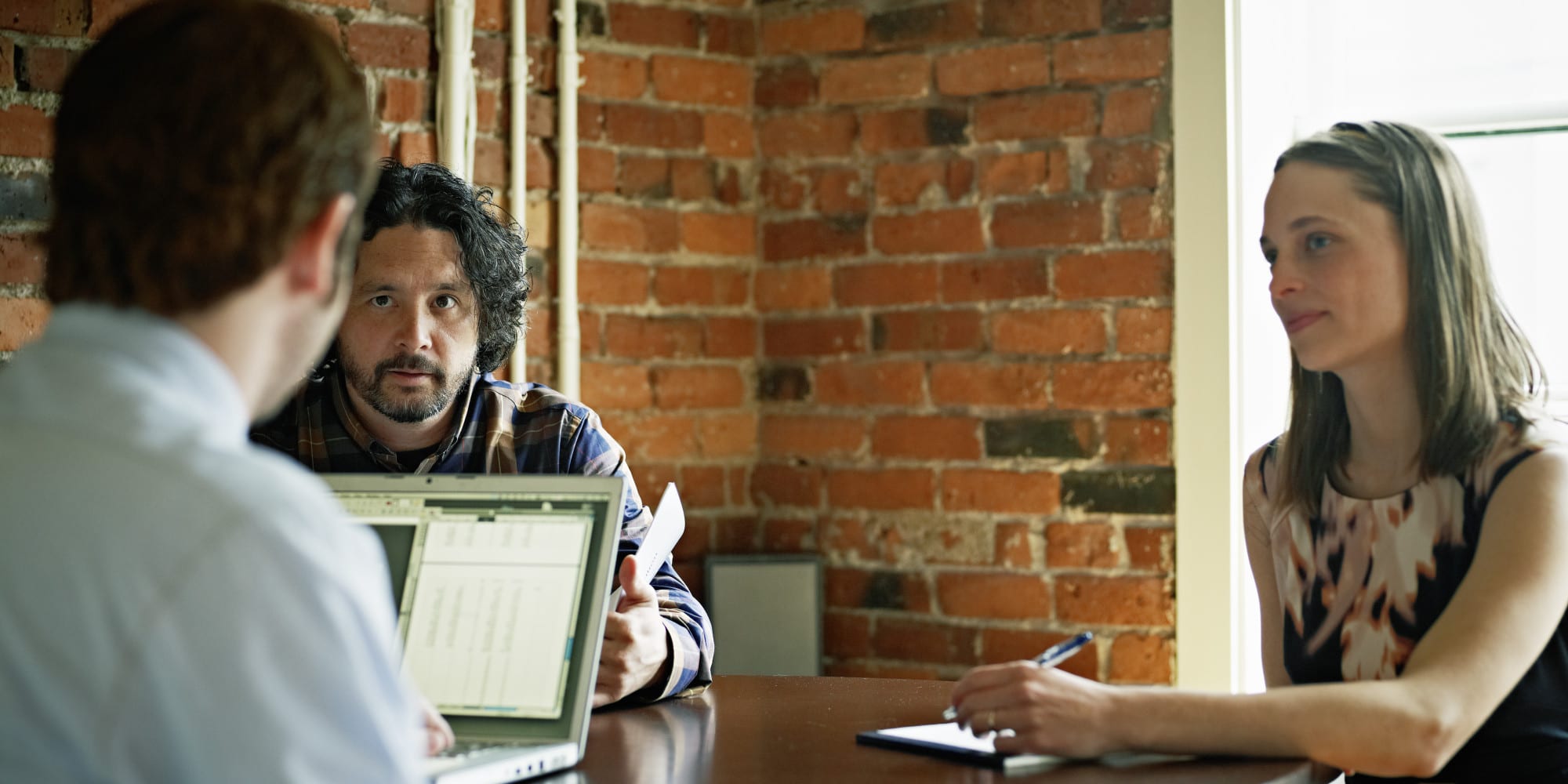 Research shows that meetings with fewer than 10 participants are usually more productive and conclusive.

The simple way to achieve this is to question why a particular person is invited to a meeting. Does he have a direct stake in the meeting?

Discourage people from showing up at meetings just to feel important. There should be no spectators and those who attend should be there for a good reason.

One of the main reasons why most meetings are a waste of time is because people gather, discuss different ideas, and leave without clearly identifying action items and assigning responsibility.

When you don’t clearly assign responsibility, everyone assumes that someone else would complete the job.

But they countered it with the “buck stops here” approach which simply means every action item identified in a meeting needs to have a deadline and a directly responsible person. 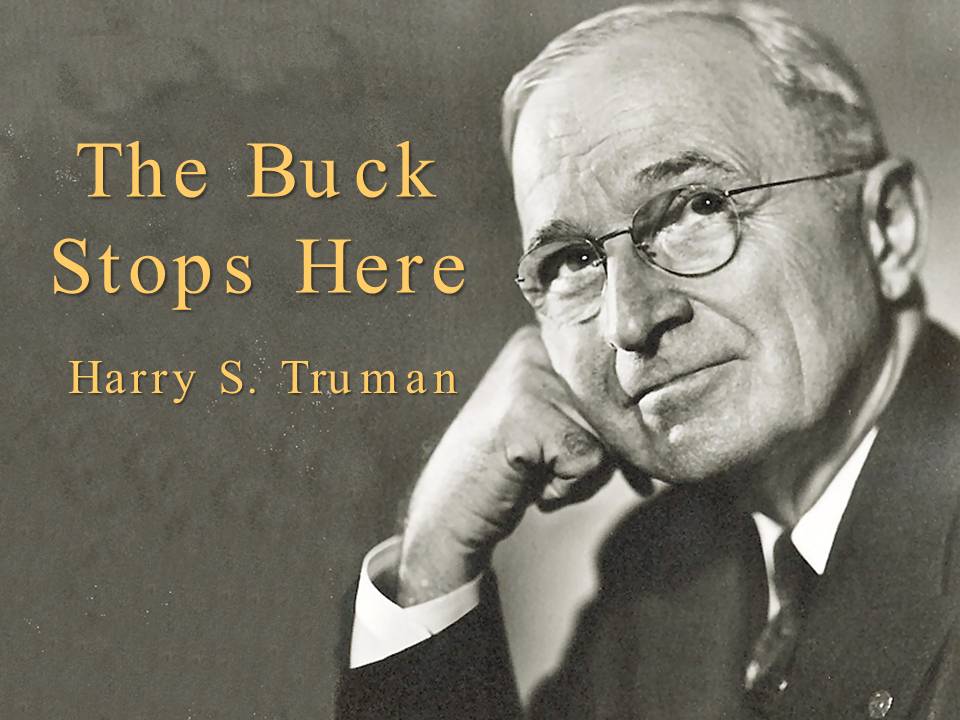 This is similar to the D.R.I. (directly responsible individual), an approach used at Apple.

This rule applies to all types of meetings, including brainstorming and idea generation meetings. If a meeting is called, it cannot end without clear action items and responsible individuals.

Why? Because it makes people accountable for tasks and makes your meetings more focused and action-oriented.

6. Cut Politics and Streamline Decision-Making With a Data Driven Approach

Google is synonymous with innovation and experimentation. Google founders follow ‘the launch early and often strategy’ in every aspect of their business.

This allows them to quickly test new products and features on small samples of their audience, measure performance and make changes.

Because of this culture, the decision-making process at Google is completely based on data evidence, rather than individual opinions. This is also one of the key points of Marissa Mayer’s “9 notions of innovation”.

For example, when two designers come up with different logos or color combinations for a call to action button, the winner isn’t picked because of personal preference. Rather, both the designs are tested on a small audience sample and the one that performs better gets the nod.

The same approach is followed in meetings as well. No decision is made without clear data evidence.

This leaves little room for politics or personal preferences.

7. Get Rid of Email, Smartphones and Other Unnecessary Distractions

Yet the majority of people do it.

When you use a smartphone or a laptop during a fast-paced and important meeting, it not only distracts you but also make other people feel unimportant. Several companies add to these distractions by allowing tea and snacks during official meetings.

Getting rid of these things isn’t easy since it’s a part of organizational culture.

Eric Schmidt admits that they find it hard to convince Google employees to close their laptops during meetings. But they still tell them to do so.

Stand-up meetings are often considered a part of the startup culture. But they’re more than that.

A research at the University of Washington shows that people are more active, excited and productive during stand-up meetings.

Most startups take the chairs away during daily status update meetings. But you can apply this to other meeting types as well. 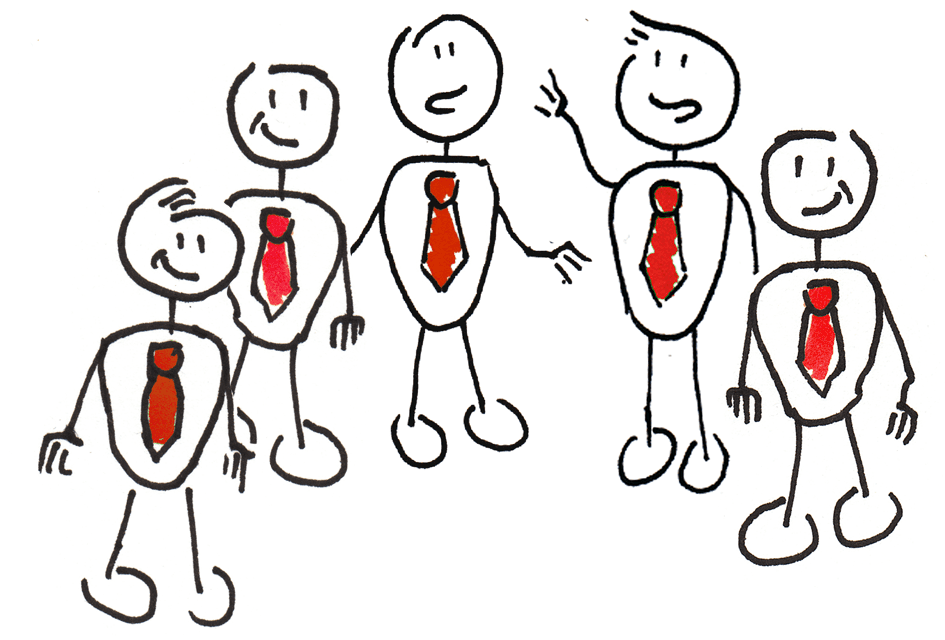 Kristen Gill even advocates walk in meetings when there’s a need. Her philosophy at Google is simple – if a decision is pending because of a meeting, it should happen right away, right now. Even if it means walking into the decision maker’s office and discussing the matter in a stand-up meeting.

9. Keep Your Meetings to 15 Minutes of Less

That’s an old project management adage, Parkinson’s Law, and it perfectly describes why corporate meetings should be scheduled for 15 minutes or less, whenever possible. 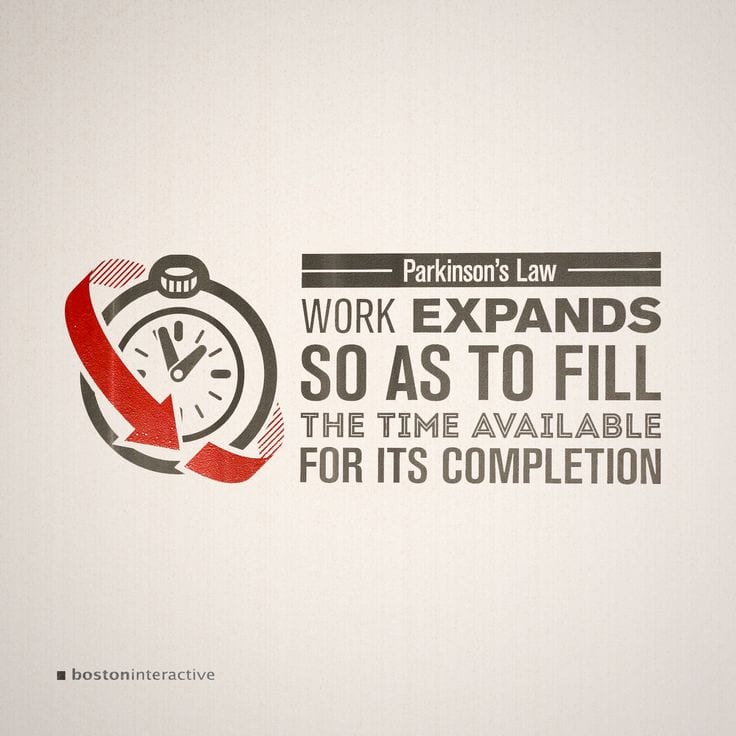 Of course, not all meetings can be concluded in 15 minutes, so you need to be flexible if there’s a genuine need to increase the time.

But don’t plan a meeting for 1 hour or 2 hours from the start.

Marissa Mayer used to have 10-minute meetings with her team members at Google. In her own words, short meetings are more focused and help you achieve more.

The 15-minute time duration also has a scientific significance. According to TED curator, Chris Anderson, 18 minutes is the sweet spot when it comes to holding people’s attention. Anything around that mark results in more productivity and higher attention. So it’s no surprise that most TED talks are between 15-18 minutes.

10. Calculate and Document the Cost of Every Meeting To Create Awareness

Every time you or your employees have a meeting, there are multiple direct and indirect costs involved.

Your salary is the most obvious one. But studies suggest that once an employee leaves his desk for a meeting, it takes him approximately 25 minutes to refocus on work.

But most of the times, people don’t realize that meetings have a cost. If they do, they’d be more careful about how they spend their time at work.

The simple exercise of documenting the cost of each meeting and sharing it with the employees at the end of every month can help you create awareness about this issue.

When an employee sees that he has spent 30-35 hours in meetings, along with the cost, he’s likely to be more careful in future.

11. Set a Timer to Keep Meetings on Track

It’s easy to lose track of your meetings because of hot debates or innovative product discussions. But meetings have a cost, so you need to keep them on track and stay on agenda.

For 30 minute meetings, Jack would set up the timer and put it at a place where all the participants could see it.

The rule is simple – as soon as the timer rings, the meeting’s over.

Timers have a strong psychological effect that creates a sense of urgency in all the meeting participants. If someone’s given 5 minutes to talk and he exceeds his time, the timer makes sure everyone knows who’s responsible for dragging the meeting.

Meetings are an important part of any business and it’s clear from Google’s example that they can be run in a productive manner. The key is to be clear about your agenda and understand that your business is incurring direct and indirect costs every time you or your employees have a meeting.

The hacks I’ve discussed in this post have produced results for Google, and thousands of other companies. There’s no reason why they won’t make your meetings more meaningful.

Author
Jawad Khan
Jawad Khan is an experienced project manager, a content marketing consultant and a freelance blogger for hire. He's an active consultant to several tech startups and SaaS companies in the US, Middle East and Australia. Follow him on his blog Writing My Destiny, Twitter and Google+
Want us to send you awesome content?
Subscribe
Related articles
Popular posts
Loved by G Suite customers
across 30+ countries